How can we help you today?


1.1 The export of ID cards in the ID cards report (Card per page option) is now exported in the following order: Team name > Surname > Club Name

1.2 Removal of the Team Player Allocation menu option in the Teams module, this option is not used for Football

1.3 A fix for specific clubs that received a Code 0 error when trying to run the Additional Questions report

1.4 A fix for North West Sydney football where De-registration requests were showing under the name of the old association

1.5 A fix to the Registration Detail report to show the Member Federation’s reg type name in the ‘State_reg_type_Name’ and ‘State_Reg_Type’ columns, previously this was showing the Association reg type names

The following changes will be made in the next release to remove the levels of data access a club can see about ‘lapsed’ participants. The premise of the change is to provide only the relevant information about a participant to their old club.

Example: I registered to North Sydney FC in 2013 and was made Active, I do not have a new registration to the club in 2020 either pending or active. The club can now only see limited information about me inc my registration history with them, my name, email and year of birth.

The change is for clubs only, governing bodies retain visibility as normal. 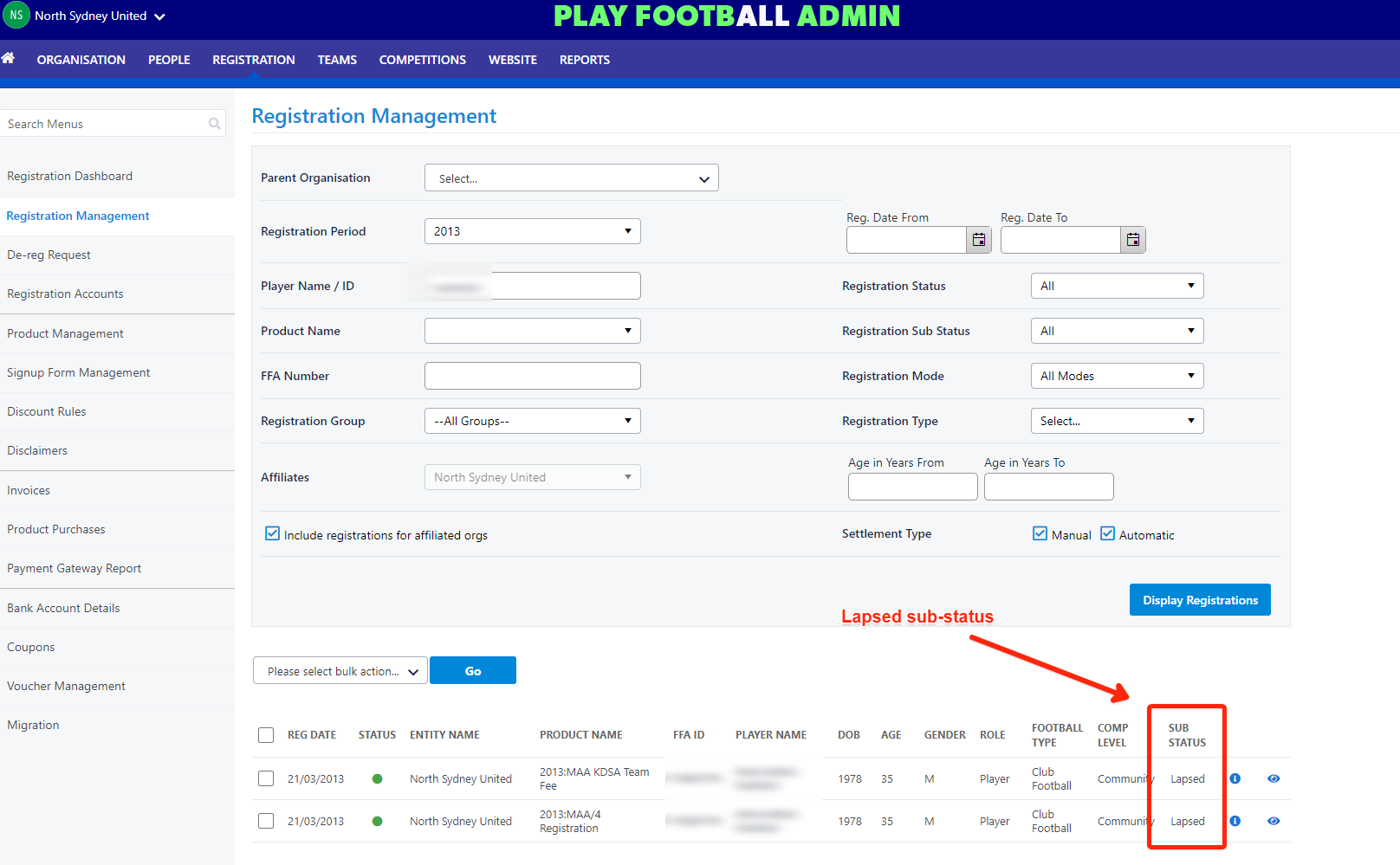 1.8 Restrict the visibility of the participant’s information, to a club, when the registration is lapsed. Visible information:

The following changes will be made in the next few releases on this module to obtain full consistency:


Did you find it helpful? Yes No

Send feedback
Sorry we couldn't be helpful. Help us improve this article with your feedback.